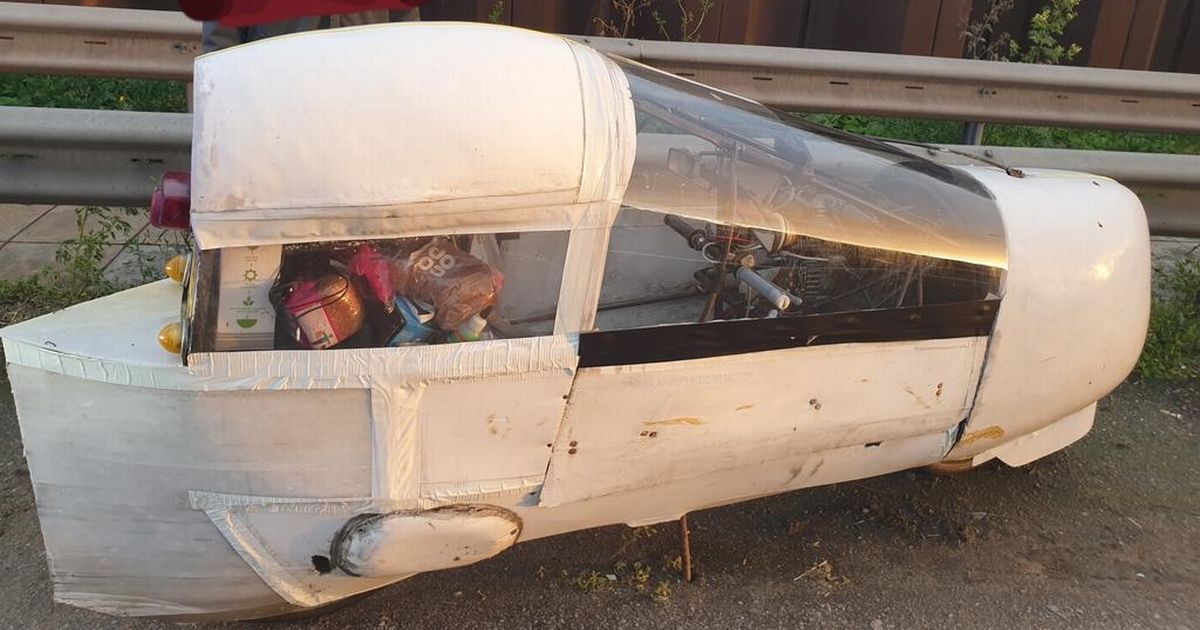 Police officers were stopped in their tracks after pulling over the most unusual vehicle they had ever seen on a motorway.

They were left even more baffled when they found out it was in fact perfectly legal.

Bedfordshire, Cambridgeshire and Hertfordshire road policing unit (BCH) took to Twitter to share a photo of the wacky car before confirming that it was all in order, and that the driver was able to get his shopping home in time for dinner.

The extremely unique automobile appeared to be a three wheeler as some people described it as a cross-over between a small boat and a plane cockpit.

Others also said it looks like a cross between a motorcycle side car and spaceship.

Officers described it as the most unusual vehicle they had ever seen in 26 years and even after checking it was illegal they admitted they were still not really sure what it was.

BCH Road Policing tweeted: "The most unusual vehicle I've stopped on a motorway in my 26 years! All checked and in order, although still not convinced I know what it is."

Equally confused drivers have since left hilarious comments on the tweet with one person calling it a "submarine on wheels".

They wrote: "I wouldn't be driving that thing on a motorway. Looks like a deathtrap!"

A driver who saw the vehicle first hand tagged a friend and added: "this is that thing I see in the motorway the other day!! I couldnt get a photo n could only describe it as a submarine on wheels!!"

Another wrote: "This was on a M O T O R W A Y…??? I don't know whether to be appalled or impressed by theRead More – Source

Derwent London and Helical Bar see rental collections at around 75%

Parts of England could run out of water within 20 years, warn MPs