ATHENS — Greeces dismal record on digitalization, where it ranks close to last in the EU, has received a boost from an unlikely quarter: the coronavirus.

Proving that every cloud has a silver lining, the pandemic and the ensuing lockdown, which was imposed last week in Greece, has prompted a rush to adopt digital solutions for everything from Cabinet meetings to prescriptions.

Its a rude awakening for a country that sits 25th among the 27 European Union member countries in terms of digital transformation, according to the European Commissions Digital Economy and Society Index.

Greece also ranks bottom among 1oo countries in the World Economic Forums “Readiness for the Future of Production Report,” and has the dubious distinction of being the only Western European economy to be classified as “emerging” by the WEF in terms of readiness to take part in so-called Industry 4.0, the next wave of technology in manufacturing.

Now, thanks to COVID-19, all that could change: Last week, just as the country was going into full lockdown to contain the spread of the virus, the government launched an online services platform months ahead of schedule. Documents like residence certificates, family status statements, recognition of university degrees or sample statutory declarations — a must-have for pretty much any bureaucratic process in Greece — were suddenly, and finally, available online. 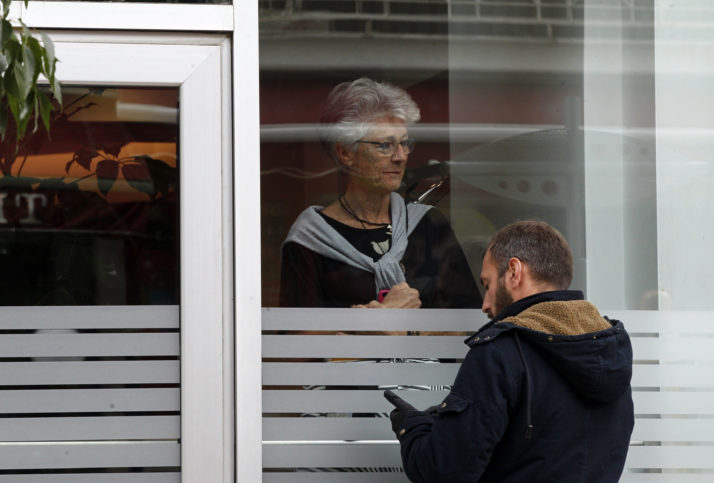 A woman in quarantine in central Athens

The Ministry of Digital Governance, going into overdrive, also launched a web conference platform for state officials, digitized Cabinet ministers signatures and launched a text messaging system to grant people permission to leave their homes during the lockdown, a handy alternative to the printed form.

As of this week, patients wont need to visit to their doctor to pick up a prescription but can get it on their mobile phone instead, building on an electronic drug-prescription system introduced during Greeces bailout crisis.

Greeces Minister of Digital Governance Kyriakos Pierrakakis acknowledged with something of an understatement that his country had not been a “digital front-runner,” but argued that it was proving an “outlier” in its response to the pandemic.

As of Wednesday afternoon, Greece had 1,415 confirmed cases of coronavirus and 50 people had died.

“In the midst of the crisis, we accelerated what we were already planning and also moved ahead with a number of innovations that have demonstrated our reflexes,” Pierrakakis told POLITICO.

Clearly, the country still has a long way to go. It is about two years away from simplifying the ID system so that Greeks only need one personal identification number for all paperwork, rather than the present byzantine system where they have separate numbers for taxes, citizenship, social security and their ID card.

Such red tape, combined with the countrys general digital illiteracy, makes doing business a legal minefield and seriously impedes attempts to attract sorely needed foreign investments. Little progress has been made despite the many significant overhauls completed during the eight-year bailout period, which ended in 2018.

Greece remains the only EU country without a computerized land registry, a work in progress, meaning ownership and zoning can still be opaque and subject to disputes throughout much of its territory.

The justice system has also resisted the lure of digitization, so its little wonder it is one of the slowest and least efficient in Europe. Enforcing a contract in a Greek court takes around 4.5 years on average, according to the World Bank, making it 1.5 years slower than Italy, another notorious legal slowcoach.

For example, for a company to take part in a public tender it must first prove it is not bankrupt. That requires its lawyers to collect eight or nine different documents by waiting in queues in various court buildings, fill in forms by hand, submit them and wait about a month for the process to be completed. It doesnt stop there: The paperwork needs to be renewed every three months. 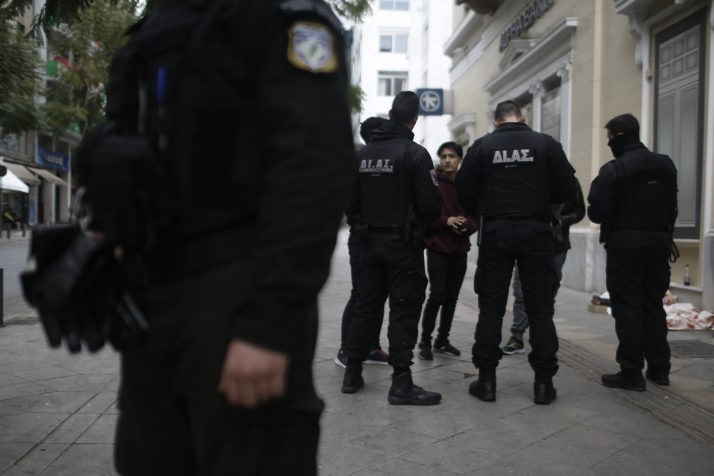 Pierrakakis said he is effectively running the “process simplification ministry” with a mandate to use technology to simplify bureaucracy. That involves a re-engineering process whose “No. 1 priority is to simplify the red tape of key life events,” from birth to death and the major steps in between.

“Losing someone you love and being asked by the state to stand in more than different 10 queues is simply unacceptable,” he said.

Last month, the ministry simplified the birth registration process to just one form, signed in the maternity hospital.

Not everyone is Greece is dying to go digital.

Last December, the city council of Kalamata in the Peloponnese decided to suspend a pilot project for 5G, fearing the advanced telecoms network could have negative effects on peoples health.

The decision followed protests by opponents who depicted it as a “5G experiment,” casting the people of Kalamata as human guinea pigs who could end up infertile. To cap it all, the protesters said, their own sterility would conspire with the arrival of migrants “to change the demographic composition of the city.” They celebrated the end of the project as a “first victory.”

Kalamatas mayor, Thanassis Vassilopoulos, is undeterred. He has pushed ahead with an information event to persuade locals there are no health risks and the National Center for Scientific Research has parked an info van in the town to demonstration that radiation levels are completely safe.

But it is the coronavirus that has finally forced even Kalamata to go digital.

“We were the first city council in Greece to convene via teleconference and Ive already had an online press conference with local journalists. Locals are also increasingly using the city councils platform to do paperwork,” Vassilopoulos said. As soon as the lockdown ends, he intends to put 5G to the vote.

Pierrakakis, the minister, openly admits that the pandemic has proved a catalyst, saying “the need to fight against the sRead More – Source

New Guinea villagers unearth evidence of the islands Neolithic past

EnlargeBen Shaw
When people in New Guinea started tending crops like yam and fruits around 8,000 yea..

Google IO 2021: what time does it start, and how to watch online for free

Jordan Peele and J.J. Abrams are among the executive producers of HBOs Lovecraft Country.
H.P. Lovec..

The Galaxy A51, Samsungs $399 iPhone SE fighter, gets a wide US release

The Galaxy A51, obviously. Samsung

For a midranger, this design is pretty great. It's a huge..

SpaceX releases a Payload Users Guide for its Starship rocket